I am pleased to be able to provide our usual yearly update regarding the progress of the Charity.

From 6th November 2015 to 29th November 2016 - a total of 254 cats have been spayed/neutered, together with receiving their usual 'MOT' and any additional veterinary treatment they may have required. One female did not recover as well or as quickly as usual, so had to be monitored overnight and given oxygen therapy but fortunately responded well to the additional treatment and was released the next day. Sadly, one female was in the very early stages of pregnancy and as a result of the anaesthetic lost her 5 embryos. We continue to tip the top of the cat’s ear after sterilisation, to ensure they can be readily identified in the future and avoid a further and unnecessary anaesthetic.

The total money provided by the Charity to 'our' vet,  Monica Novelles Bau, at Centro Veterinario Ifach in Calpe, for the above period totals £4,825.80 (€6,000) and a further €3,920 (including €765 from a donor in Switzerland by direct transfer to Monica) was received in donations during the same period. This means the Charity funded 156 cats and the donations received provided enough funding for a further 98 cats. The donations received have continued to be regular and this is thanks to the hard work of our Spanish based, English Trustee, Sue Schulein in ensuring they continue to be received from those who are able to contribute to helping the cats in their local area. In addition to the donations received at the surgery the Charity was again successful in securing (and gratefully receiving) £1,563.61 from Help Animals International, by way of a grant and in addition to her regular fundraising efforts our Trustee and Chair, Pauline Firks, received £1,265 from a clairvoyance weekend held in London – where Pauline was one of two demonstrators.

We remain grateful to ‘our’ vet, Monica, for undertaking the work on the Charity’s behalf. Unfortunately, in February 2016, Monica had to increase the price to €40 per cat (from €35), due to the increase in drug prices.

A heart warming story with a happy ending is that of Rossi, a young black and white male who was adopted by holidaymakers in Calpe after falling in love with him.  Sue collected him and took him to the surgery where he was neutered, chipped, had his anti-rabies injection and was issued with a pet passport – at the end of August 2016 he was flown to his new home in Milton Keynes, where he is now happily residing!

Sue has also told us about some good news from the Town Hall - they are getting together the cat feeders of Calpe and issuing them with a card to say that they can legally feed the street cats, as in some areas of Spain this is illegal.  They have also agreed to fund the sterilisation of 100 cats - the Town Hall vet charges €80 for females and €40 for males.  This is certainly progress and they are obviously beginning to see the plight of the street cats.

As we mentioned previously, the 'programme' continues to show its positive effects in Calpe and the surrounding areas, with cats looking healthy and happy and a reduction in the number of kittens!

As always, a big 'thank you' to our Trustees but in particular, Sue - for her continued efforts on behalf of the cats of Calpe and its surrounds in trapping, transporting, arranging appointments and assisting our trusty vet, Monica, in her capacity as a (now) very experienced and reliable veterinary nurse! Also grateful thanks from all the Trustees to Monica, for her hard work and expertise in making the continuation of the programme possible.

We would like to extend our thanks and gratitude to all our supporters and we will be applying again this year for any grants that maybe able to help our cause. As always our Treasurer, Pauline Firks, continues to raise funds through the sale of her book 'Wisdom Teachings',  public demonstration Mediumship, bookmarks and recently released Guided Meditation CD (all merchandise can be obtained by contacting her direct by email or purchased at any public demonstration). 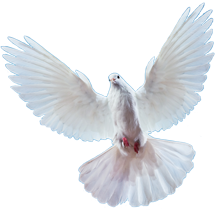